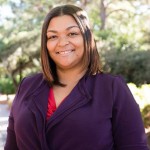 A conversation about the South and hip-hop music is set for Friday, Feb. 10 at 2 p.m. in Barnard Observatory’s Tupelo Room. The Center for the Study of Southern Culture hosts a conversation between Regina Bradley and Kiese Laymon, “When the South STILL Got Something to Say: A Conversation about Hip Hop in the South.” The event, which will be introduced by Brian Foster, is free and open to the public, with a reception afterward in the lobby. 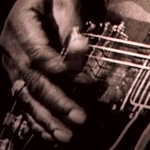 Shake ‘Em on Down: The Blues According to Fred McDowell, a SouthDocs film by Joe York and Scott Barretta, was selected to be part of the South Arts Southern Circuit, which screens films across the region. The circuit just kicked off, and Joe will be attending many of the screenings. 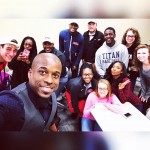 Brian Foster, Assistant Professor of Sociology and Southern Studies, is teaching Honors Southern Studies 102 this semester. The interdisciplinary course is structured as an examination of southern protest culture, and organized like a mixtape. See excerpts from his syllabus below. This is part of an occasional series in which we share syllabi from Southern Studies courses. 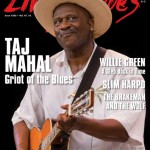 The October/November 2016 issue of Living Blues features the griot of the blues Taj Mahal on the cover. At age 74 Taj Mahal is one of the biggest stars in the blues today. His musical and cultural knowledge is vast and his desire to share this lifetime of knowledge is his enduring legacy. 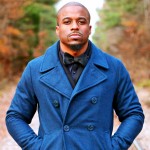 Brian Foster knows his way around the University of Mississippi. In fact, he won the Center’s Peter Aschoff Award for the best paper on Southern music in 2011 with his BA Honors thesis, “Crank Dat Soulja Boy: Understanding Black Male Hip-Hop Aspirations in Rural Mississippi.” This fall, the Center for the Study of Southern Culture and the Department of Sociology and Anthropology welcome him back as a new assistant professor of sociology and Southern Studies. Foster returns to the university from the University of North Carolina at Chapel Hill where he earned his MA and began his PhD work. Prior to entering UNC-Chapel Hill Foster earned his bachelor’s degree from the University of Mississippi. 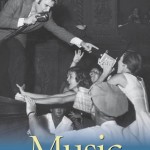 Brown Bag Lecture Series Analyzes Songs Sept. 28 The Brown Bag Lunch and Lecture Series continues Wednesday, Sept. 28 with three faculty members who offer 10-minute analyses of individual songs of their choice. The format is an experiment to see what scholars can accomplish in a short time. Presenters, who will announce their songs as … 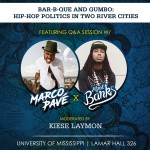 SouthDocs recorded an interview of Zandria Robinson by Jazmine Walker at the 2012 Blues Symposium. Robinson discusses hip-hop as a needed “contemporary lens on the South” and “articulation of regionalism.” 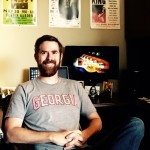