The Brown Bag Lunch and Lecture Series sponsored by the Center for the Study of Southern Culture continues this spring at the University of Mississippi with topics including Mississippi history, New Orleans food movements and environmentalism.

“All year, we’ve been taking note of the 40th birthday of the Center for the Study of Southern Culture with events that include Southern studies faculty and staff and alums,” said Ted Ownby, the center’s director.

“We start with our alumna Katie Blount talking about the new Mississippi history museums in Jackson, include our former director Charles Reagan Wilson discussing his book project and, toward the end of the term, Bingo Gunter, another alum, discusses her work on the history of sexuality and gender in the recent South. We’ll have films, discussions, two presentations on ways of studying slavery and multiple lectures by guests and current faculty members.”

All lectures take place at noon on select Wednesdays in the Barnard Observatory lecture hall and are free and open to the public.

The series kicks off Jan. 31, with Katie Blount and Michael Morris discussing “Telling Our Stories: The Museum of Mississippi History and the Mississippi Civil Rights Museum.” Blount, director of the Mississippi Department of Archives and History, and Morris, from the department’s Programs and Communication Office, will reflect on the opening of the two new museums in downtown Jackson and their role in presenting history.

Blount began her career at the Department of Archives and History in 1994 and became director in 2015. She earned her bachelor’s degree in English and history from the University of Michigan and her master’s in Southern studies from Ole Miss. She lives in Jackson with her husband and their two children.

Morris has served as a public information officer at the Department of Archives and History since 2016. Previously, he was a research assistant at the Fannie Lou Hamer Institute on Citizenship and Democracy. A lifelong resident of Jackson, he earned his bachelor’s degree in history and his master’s in political science from Jackson State University. 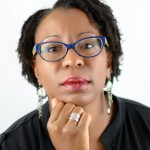 On Feb. 7, Jodi Skipper presents “Two Sides of the Same Diaspora: A Look at Sites of Slavery in Holly Springs, Mississippi, and Bimbia, Cameroon.” Skipper, UM associate professor of anthropology and Southern studies, received her bachelor’s degree in history from Grambling State University, a master’s from Florida State University and her doctorate from the University of Texas at Austin.

Through the Behind the Big House program in Holly Springs and the Bimbia slave trade site in Cameroon, Skipper explores the challenges and possibilities linked to African diasporic roots tourism in the U.S. and global Souths. This talk will address what inspires public engagement with sites of slavery and the work of practitioners building community with African-American descendants of the transatlantic slave trade. 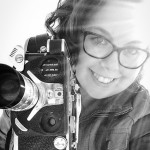 Lowrey is the Pihakis Foodways Documentary Filmmaker at Ole Miss. A graduate of New York University’s Tisch School of the Arts, she completed her master’s degree in experimental and documentary arts in 2015 at Duke University.

A native of Alexander City, Alabama, she has been featured in The New York Times, Rolling Stone and on CNN, and her short documentaries have screened at festivals across the country. Lowrey’s films often focus on her Southern roots, sharing untold stories centered in the South.

On Feb. 21, Charles Reagan Wilson discusses “The Southern Way of Life: History of a Concept,” offering the differing meanings of the phrase “Southern way of life” and how they have functioned in Southern history. The term has provided emotional ballast to attempts to justify a “one South” around racial, religious, cultural and other issues, but he will emphasize how contested the term has been. 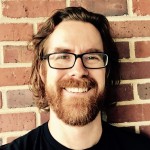 On March 7, Darren Grem discusses “A Shrine for the State: Franklin D. Roosevelt, the New Deal and Religious Remembrance at Warm Springs, Georgia.” Focusing on Warm Springs, Georgia, where Roosevelt died in April 1945, this talk will detail how New Dealers and other liberals memorialized their approach toward the federal state, business, race and gender through religious language and imagery.

Grem is assistant professor of history and Southern studies at UM. His research sits at the intersection of Southern studies, business history, cultural history and political history. His first book, “The Blessings of Business: How Corporations Shaped Conservative Christianity,” was published by Oxford University Press in 2016. His current book project is tentatively titled “Hard Times, USA: The Great Depression in American Memory.”

Spears is an associate professor in the interdisciplinary New College and the Department of American Studies at the University of Alabama. Her research is broadly interdisciplinary, combining environmental and civil rights history with studies of science, technology and public health.

Her book, “Baptized in PCBs: Race, Pollution, and Justice in an All-American Town,” published in 2014 by the University of North Carolina Press, explores key questions faced by communities that seek to address systemic class and race inequalities and to tackle toxic pollution.

On April 4, Catarina Passidomo discusses “New Orleans and the New Southern Food Movement.” Passidomo has a joint appointment in anthropology and Southern studies at Ole Miss and works closely with the Southern Foodways Alliance. Her research interests include Southern foodways, critical race studies, social justice, food systems, social movements and the connections between food and culture, identity, space and power.

She holds a doctorate in human geography and a master’s in ecological anthropology, both from the University of Georgia, and a bachelor’s degree in sociology and anthropology from Washington and Lee University.

On April 11, Jennifer “Bingo” Gunter presents “‘Cautious but Solid Character’: Southern Feminists and the State.” Gunter’s talk is an investigation of the interactions of feminists and the state from 1966 through 1985. She examines how women worked on a national level with state agencies to push their agenda, and the different ways Southern women worked with those agencies.

Gunter is a historian who specializes in the intersections of gender, race, health, law and activism. Her upbringing by a feminist in Mississippi has led her to focus on inequalities and empowerment. With a passion for public history, she looks for ways to bridge the town-gown gap. She resides in Columbia, South Carolina, with her husband, two dachshunds and a cat.

On April 18, Jobie Hill discusses “Saving Slave Houses.” Since 2011, Hill’s research and professional work has focused exclusively on domestic slave buildings and she is engaged in interdisciplinary research examining the dwellings of American slavery, the influence these dwellings had on the lives of their inhabitants, and the preservation of slave history. Hill is a licensed historic preservation architect with graduate degrees in historic preservation and art history, and undergraduate degrees in architecture and anthropology.

In 2012 she started an independent project, the Slave House Database, to help ensure that slave houses, irreplaceable pieces of history, are not lost forever.