Online Version of THE MISSISSIPPI ENCYCLOPEDIA ready for access 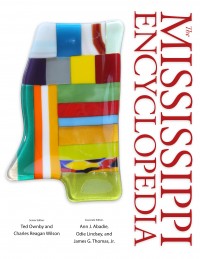 As of this summer, if you don’t want to lug around the nine-pound Mississippi Encyclopedia, just grab your laptop and the wonders of the state are at your fingertips. The online version of the 1,451-page Mississippi Encyclopedia, a project that began at the Center for the Study of Southern Culture in 2003 and concluded with publication in 2017, is available at https://mississippiencyclopedia.org/.

The Mississippi Encyclopedia includes solid, clear information contained in a single volume, offering with clarity and scholarship a breadth of topics unavailable anywhere else, with entries on every county, every governor, and numerous musicians, writers, artists, and activists. It is the first encyclopedic treatment of the state since 1907.

The volume, published by the University Press of Mississippi, appeals to anyone who wants to know more about Mississippi. It has proven to be especially helpful to students, teachers, and scholars researching, writing about, or otherwise discovering the state, past and present.

Stuart Rockoff, executive director of the Mississippi Humanities Council (MHC), is familiar with the encyclopedia project because he wrote the “Jews” and “Goldring/Woldenberg Institute of Southern Jewish Life” entries. He said he is pleased that the MHC has been able to help make an online version a reality.

“I was excited to learn that the book would finally be published, but was especially interested in creating an online version that would be accessible to students across the state and people all over the world,” Rockoff said. “I later learned that during the early stages of the encyclopedia project there were discussions about creating an online version. I wanted to bring that idea back and offer the Humanities Council’s resources to help make it happen. The online encyclopedia would not be possible without the commitment of the Center and its staff, not to mention their incredible work compiling and editing all of the entries that went into the book.”

Ted Ownby, director of the Center for the Study of Southern Culture, used the print version of the Encyclopedia in teaching a HST 452: History of Mississippi course at the University of Mississippi and echoed the importance of an online version widening availability for learners. “Using the Encyclopedia as a reference in teaching Mississippi history this spring enabled me to make the course much more distinctive, more about the specific individuals—people and places—rather than generalities, so the online version will be more useful for schools and students doing projects,” Ownby said. “We love the fact that a hardcopy encourages browsing and surprise, and we hope the online version holds the same possibilities for searching for one thing and finding a dozen of things that are equally interesting.”

Ownby said the online version allows for updates of the print version, as well as a chance to make any corrections. “It will have more illustrations because there are no limits on page count and the online version will have a few original documentary films,” he said. “Since the print version came out a year ago a number of things have changed. Senator Thad Cochrane retired, people published new books and received recognition, and several subjects of the entries have died.”