OXFORD, Miss. – Three faculty members at the University of Mississippi’s Center for the Study of Southern Culture are kicking off the spring semester with a celebration of their books’ publication.

The event, set for 5 p.m. Jan. 22 at Off Square Books in Oxford, features Jessica Wilkerson, who wrote To Live Here You Have to Fight: How Women Led Appalachian Movements for Social Justice; Kathryn McKee, author of Reading Reconstruction: Sherwood Bonner and the Literature of the Post-Civil War South; and Ted Ownby, with his book Hurtin’ Words: Debating Family Problems in the 20th Century South.

Based on Wilkerson’s dissertation, To Live Here You Have to Fight (University of Illinois Press, 2018) blends women’s history and Appalachian history with labor, class and activism to examine the War on Poverty launched in 1964. The assistant professor of history and Southern studies visited archives around the region and interviewed people who had been activists in the 1960s and 70s.

“Ultimately I was drawn to the stories of women in eastern Kentucky, where there’s a long history of women’s activism in the coalfields, from the 1920s to the present,” she said. “The book starts with their experiences and then follows them into other networks – regional and national – as they got involved in political and social movements.”

There are no simple explanations for complex histories, and it was important for Wilkerson to contextualize the women’s lives historically and to understand the movements in which they participated. Appalachian women acted as leaders and soldiers in a grassroots war on poverty – shaping and sustaining programs, engaging in ideological debates, offering fresh visions of democratic participation and facing personal political struggles.

“In a broader sense, the big takeaway is that starting from the perspective of women, especially poor and working-class women, allows us to see all sorts of things – federal policy, social movements, labor, the history of Appalachia – from a fresh and, I believe, necessary perspective,” she said.

The activists she writes about may have been overlooked, but their persistence brought them into unlikely coalitions with black women, disabled miners and others to fight for causes that ranged from poor people’s rights to community health to unionization.

“My point about caregiving is that women’s activism often reflected their predominant role in society; i.e., that due to gender, policy and social customs, women then – and now – took on the burden of caring for children, the elderly and people with disabilities,” Wilkerson said. 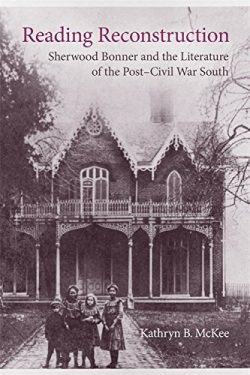 McKee looks further into the past to gain insight into Sherwood Bonner (1849-1883), a Holly Springs native who portrayed the discord and uneasiness of the Reconstruction era in her fiction and nonfiction.

The McMullan Associate Professor of Southern Studies and associate professor of English reassesses Bonner’s place in American literary history by taking her seriously as an author. McKee said she has long been haunted by Bonner’s life and choices, her blind spots, her shortcomings and her successes.

“Today, society still struggles with ambitious women, but she couldn’t live with herself without trying to be a writer.”

The book (LSU Press, 2019) participates in a renewed attention to the period of Reconstruction in American literary history, and an interest in recovery of 19th century writers.

“We’ve moved beyond a celebratory existence to a stage of seeing knotty imperfection of their efforts,” McKee said.

The event at Off Square Books is especially important to McKee because it reflects the collaboration and collegiality of the center, especially as the faculty members were all moving in the same phases to complete their work.

“It also reflects the values of this place – a common spirit that we all work to understand better the common subject that we share,” McKee said. “We all have the same sets of questions about the region, this place, identity and power. It is rewarding to work at center because of a common pursuit of shared interests.”

Ownby, the center’s director and William F. Winter Professor of History, hopes to call attention to the three interdisciplinary texts all published on different university presses, as well as to the three colleagues who teach together.

“Having this event the first day classes start is a way to bring people together and celebrate books, scholarship and working together,” he said. “Many people in their introductions say writing is solitary, but celebrating three books together suggests that finishing a book is not.” 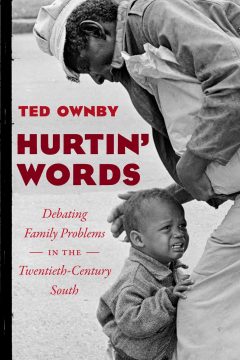 In Hurtin’ Words (University of North Carolina Press, 2018), Ownby considers how a wide range of writers, thinkers, activists and others defined family problems in the 20th century American South. The idea for the book originated when Ownby wrote a paper about Southern rock music and all the men who didn’t think it was possible to stay in a lifetime relationship.

“It’s about the problem of family life, the relationship between what people expect and hope for, and why does it matter what people think about you,” he said. “Those Southern rockers thought it was really important that no one understood them and felt it was important to address other peoples’ misunderstandings.

“Teaching and writing about Southern studies means I find myself writing on a lot of topics, wondering what they had to do with each other, and several had to do with family life and family problems.”

The title comes from Tammy Wynette’s song “D-I-V-O-R-C-E,” which she said “spelled out the hurtin’ words” to spare her child the pain of family breakup.

“Authors never know what readers will like or dislike, but what I hope is that people are intrigued by these definitions of family life instead of just thinking about specific issues, and they are thinking about family ideals and problems,” Ownby said.