On Wednesday, September 9 at 7pm in the University’s Nutt Auditorium, Theda Perdue of the University of North Carolina at Chapel Hill will present the 2015 Gilder-Jordan Lecture in Southern History. Earlier in the day, Dr. Perdue will meet with graduate students in history and Southern Studies.

Perdue’s talk is entitled “Indians and Christianity in the New South.” The lecture is partly inspired by UM Professor Emeritus of History and Southern Studies Charles Reagan Wilson. Perdue notes that “when I began to think about Christianity and southern Indians, Charles’s work came immediately to mind. Historians tend to categorize the past–politics, the economy, intellectual life, the arts, religion, race, gender, and so forth. But the human experience is much more muddled. Charles has an extraordinary ability to make the muddle intelligible without sacrificing its complexity. I greatly admire his scholarship, his editorial skill, and his administrative abilities, and I value his long professional friendship.” 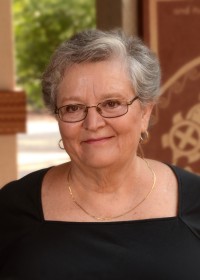 Theda Perdue is the Atlanta Distinguished Professor Emerita of Southern Studies at the University of North Carolina, Chapel Hill, where she taught American Indian history in the history, women’s studies, and American studies departments. She holds a Ph.D. from the University of Georgia. Perdue is author, co-author, or editor of sixteen books including Cherokee Women: Gender and Culture Change, “Mixed Blood” Indians: Racial Construction in the Early South, and Race and the Atlanta Cotton States Exposition of 1895. She also has appeared frequently as a talking head in documentary films. She has held fellowships from the Rockefeller Foundation, the Newberry Library, the National Humanities Center, the Woodrow Wilson Center, and the John Simon Guggenheim Foundation. Perdue has served as president of the Southern Association for Women Historians, the American Society for Ethnohistory, and the Southern Historical Association. She is an inveterate traveler, especially by train, and in 2009 she and her husband went around the world by land and sea, a trip that included crossing Europe and Asia by train and the Pacific by freighter. Her current book project is on American Indians in the segregated South.

Mikaëla M. Adams, a UM assistant professor of history who specializes in Native American studies, is a former student of Perdue’s who is eager to learn more about her new research.

“I think the lecture will be a wonderful opportunity for our students here at the University of Mississippi to engage with a topic that often is neglected in Southern history: the story of indigenous people,” Adams said. “Theda’s work reminds us that there is more to Southern history and culture than the black-and-white binary we are most familiar with. She helps put native people back into the picture, which complicates our understandings of race, culture, identity and sovereignty.”

Organized through the Center for the Study of Southern Culture, the African American Studies Program, Center for Civil War Research, and the Department of History, the Gilder-Jordan Speaker Series is made possible through the generosity of the Gilder Foundation, Inc.  The series honors Richard Gilder of New York and his family, as well as his friends, Dan and Lou Jordan of Virginia.

For questions about the lecture, contact Becca Walton at rwalton@olemiss.edu.