This summer, the Center’s journal Study the South published a new essay by Isabel Machado, a Brazilian historian currently living in Monterrey, Mexico, while writing her PhD dissertation for the University of Memphis. Click here to read there article. 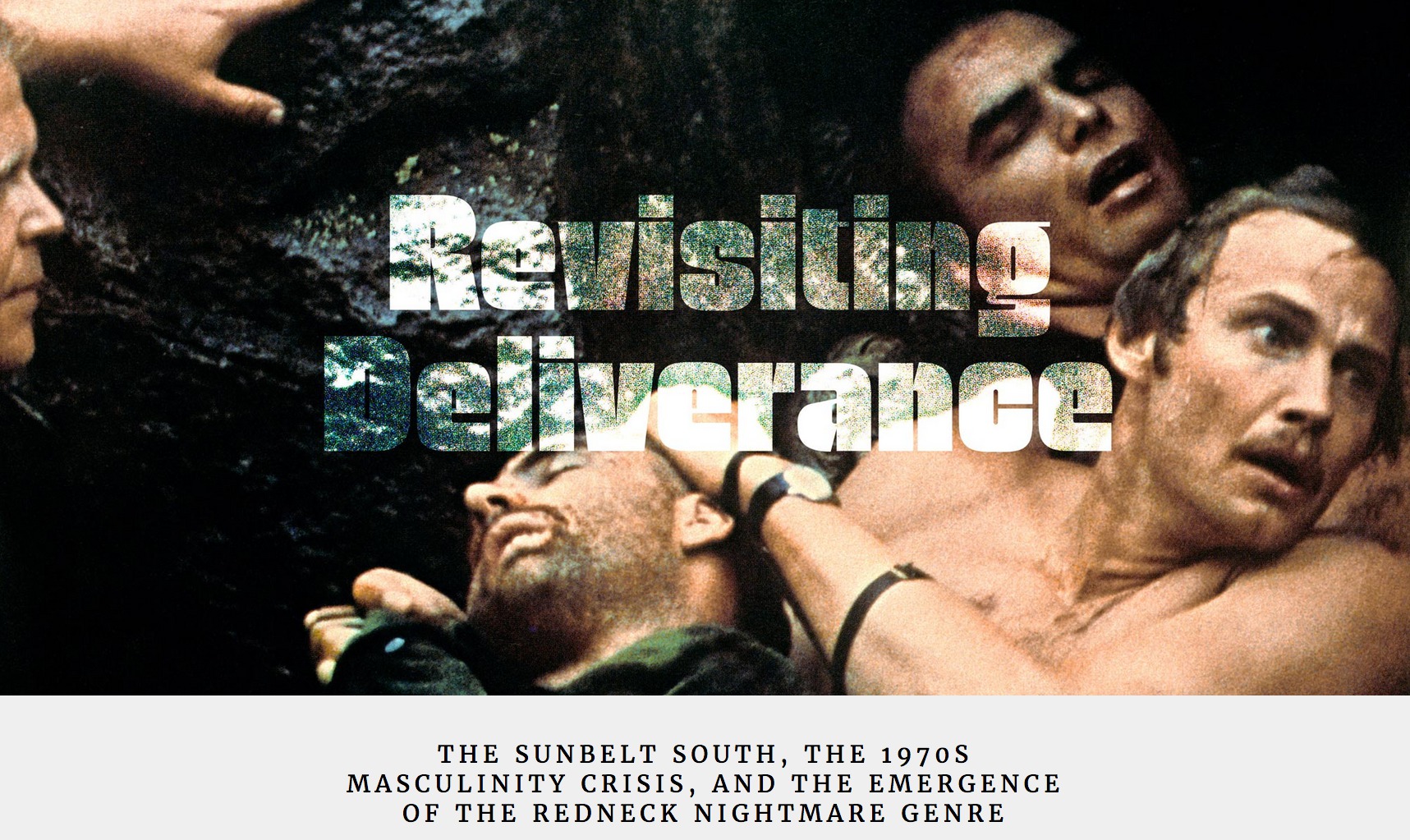 Machado’s essay, “Revisiting Deliverance: The Sunbelt South, the 1970s Masculinity Crisis, and the Emergence of the Redneck Nightmare Genre” presents a new view of the iconic film. According to Machado, Deliverance “dialogues with past representations of underclass white southerners; reflects and questions the historical moment in which it was produced and consumed; and, to this day, affects the way the region and its inhabitants are perceived and depicted. It can be read as a reflection of the reconfiguration of southern identity during the rise of the Sunbelt, but also as an expression of the perceived masculinity crisis of the 1970s. In addition, although other, more positive images of working-class white southerners were also emerging in the 1970s, the ‘redneck nightmare’ trope popularized by Deliverance became iconic and enduring.”

Since its release, Deliverance has provoked passionate critiques, inspired different analyses, and has become a cult phenomenon. “The imagery, stereotypes, and symbols produced by the film still inform popular perceptions of the US South,” Machado writes, “even by those who have never actually watched it. Readings of Deliverance have tended to privilege one particular interpretation, failing to fully grasp its relevance. The movie is a rich cultural text that provides historians with multiple ways to analyze the South, particularly concepts such as southern identity and masculinity.”

Isabel Machado’s two master degrees—in history (University of South Alabama) and film studies (University of Iowa)—provided her the interdisciplinary lens through which she approaches cultural history. Her current research uses Mardi Gras as a vehicle for understanding social and cultural changes in Mobile, Alabama, in the second half of the twentieth century. On her breaks from academic work she directed documentaries that also explored her fascination with, and affection for, the US South, where she lived for most of the thirteen years she spent in the United States. Her film Rootsy Hip: Hip-Hop Alabama Folk (2009) is a portrait of struggling musicians in Mobile, Alabama, and a meditation on what it means to be a white young man who makes quintessentially African American music in the South. Grand Fugue on the Art of Gumbo (2011) uses Eugene Walter’s radio broadcasts as narration and takes a peek at the ingredients that compose the Gulf Coast and its signature cuisine.

Study the South exists to encourage interdisciplinary academic thought and discourse on the culture of the American South, particularly in the fields of history, anthropology, sociology, music, literature, documentary studies, gender studies, religion, geography, media studies, race studies, ethnicity, folklife, and art. The journal publishes a variety of works by institutionally affiliated and independent scholars. Like the Center for the Study of Southern Culture, Study the South embraces a diversity of media, including written essays with accompanying audio, video, and photography components; documentary photography; and video projects.