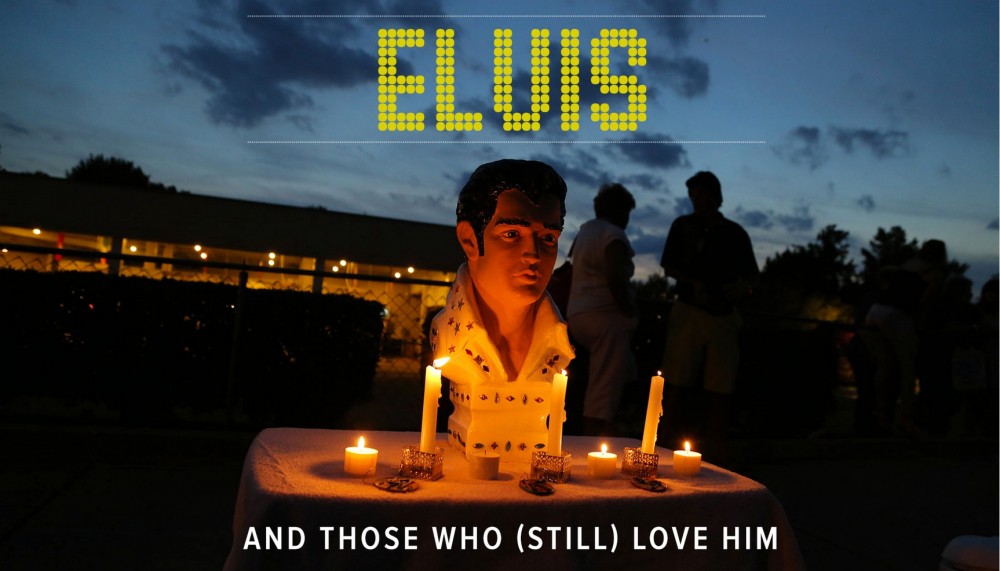 In a cultural climate based on the superficial, one has to wonder how much deeper the annual Elvis Death Day observances go than mere tradition and habit. Can such events be mined for anything worth knowing about the world we live in today? Was there more to be learned from Death Day ten years ago? Twenty years ago? Thirty? Those might be the most interesting questions of all to ask about what happens in Memphis on August 15.

David Wharton is director of documentary studies and an assistant professor of southern studies at the Center for the Study of Southern Culture at the University of Mississippi in Oxford. His photographs have been exhibited throughout the United States, Latin America, and Europe. His first book, The Soul of a Small Texas Town: Photographs, Memories, and History from McDade, was published in 2000 by the University of Oklahoma Press, and his second book, Small Town South, was published in 2012 by George F. Thompson Publishing. He regularly teaches classes on documentary photography and oral history fieldwork, among others. His third book, The Power of Belief: Spiritual Landscapes from the Rural South, will be published in 2016.

About the Journal
Study the South is a peer-reviewed, multimedia, online journal, published and managed by the Center for the Study of Southern Culture at the University of Mississippi. The journal, founded in 2014, exists to encourage interdisciplinary academic thought and discourse on the culture of the American South, particularly in the fields of history, anthropology, sociology, music, literature, documentary studies, gender studies, religion, geography, media studies, race studies, ethnicity, folklife, and art. Contact Jimmy Thomas at jgthomas@olemiss.edu for more information.