The Southern Documentary Project, an institute of the Center for the Study of Southern Culture at the University of Mississippi, has a new documentary film titled Flag Flap Over Mississippi by director Rex Jones that explores tensions around the divisive Mississippi state flag. There will be a premiere screening and discussion of the film at 6pm on Wednesday, October 25 at the Overby Center for Journalism and Politics on the UM campus. A discussion of the film will follow, with UM professor Ralph Eubanks moderating a discussion with Starke Miller and Carlos Moore, who appear in the film. The screening and discussion are free and open to the public.

FLAG FLAP OVER MISSISSIPPI – TRAILER from The Southern Documentary Project on Vimeo.

Flag Flap includes interviews with Mississippians who discuss the state’s continued use of a flag which includes the Confederate battle emblem. While the Legislature selected the design in 1894 at the height of white supremacist violence and the codification of Jim Crow, some consider it a symbol of pride in the sacrifice of ancestors who fought in the Confederate army. The film explores these perspectives within the context of the current political environment.

Filmmaker Rex Jones says, “The discourse over the 1894 Mississippi state flag often becomes so contentious that the debate quickly devolves into a shouting match. Flag Flap was conceived as a filmic conversation between all sides that will hopefully generate more civil discussion in the public sphere.”

There will be a second screening and discussion at Millsaps in Jackson on Monday, November 6 at 6pm in Room 215 of the Academic Complex, presented by the Millsaps Institute for Civic and Professional Engagement. A discussion of the film will follow, with Kenneth Townsend of Millsaps moderating. Artist Laurin Stennis and Mississippi State Senator John Horhn will participate in the discussion. See a press release here. 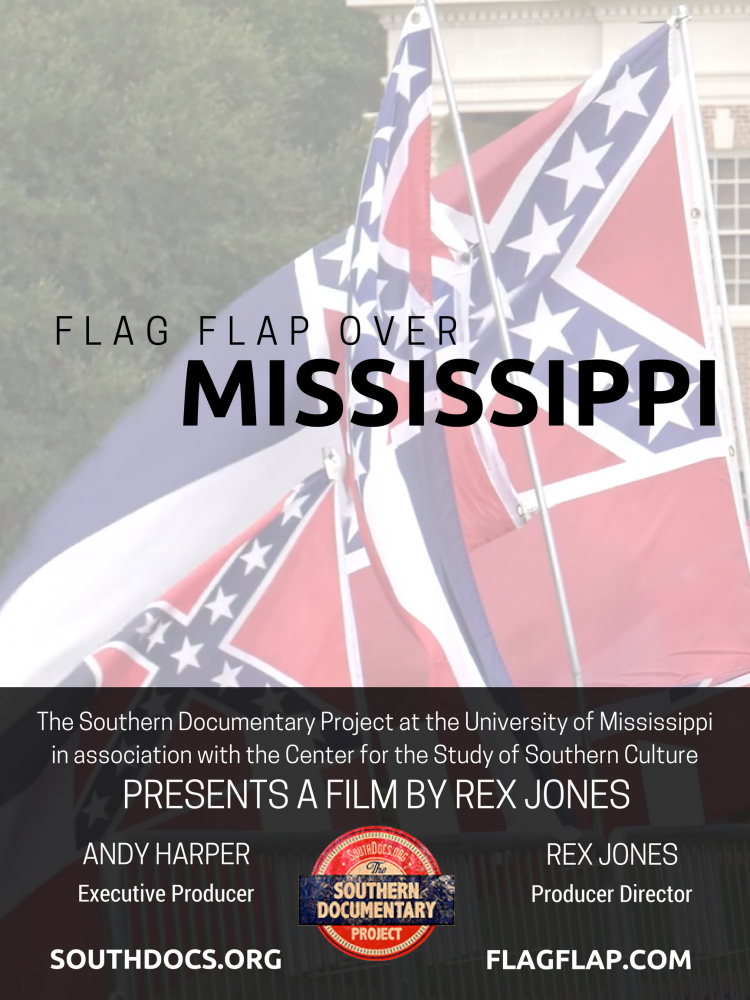