“The Land of Open Graves: Understanding the Current Politics of Migrant Life and Death along the U.S.-Mexico Border” by Jason De León 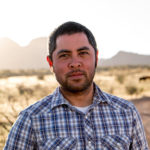 Since the mid-1990s, the U.S. federal government has relied on a border enforcement strategy known as Prevention through Deterrence. Using various security infrastructure and techniques of surveillance, this strategy funnels undocumented migrants toward remote and rugged terrain such as the Sonoran Desert of Arizona with the hope that mountain ranges, extreme temperatures, and other natural obstacles will deter people from unauthorized entry. Hundreds of people perish annually while undertaking this dangerous activity. Since 2009, the Undocumented Migration Project has used a combination of forensic, archaeological, and ethnographic approaches to understand the various forms of violence that characterize the social process of clandestine migration. On Thursday, September 30, at 4:00 p.m., Jason De León will present a lecture that focuses on what happens to the bodies of migrants who die in the desert. He argues that the way that bodies decompose in this environment is a form of hidden political violence that has deep ideological roots, and he demonstrates how the postmortem destruction of migrant corpses creates devastating forms of long-lasting trauma.

Jason De León is a professor of anthropology and Chicana, Chicano, and Central American studies at UCLA. He is executive director of the Undocumented Migration Project, a research-arts-education collective that seeks to document and raise awareness about the experiences of clandestine migrants, and president of the board of directors for the Colibri Center for Human Rights, a nonprofit organization that seeks to identify and repatriate the remains of people who have died while migrating through the Sonoran Desert of Arizona. De León is the author of the award-winning book “The Land of Open Graves: Living and Dying on the Migrant Trail” and is a 2017 MacArthur Fellow.

This lecture is part of the Movement and Migration/Future of the South Initiative, launched by Simone Delerme in 2019. An accompanying exhibit, Hostile Terrain, will be on display in Lamar Hall beginning on Oct. 15. This lecture is tentatively taking place in-person at the Nutt Auditorium on the University of Mississippi campus. Please visit the Center website for any updates to the location or format.