The Southern Foodways Alliance is hosting a Grad Student Conference on Food and Pop Culture September 10-11, 2015.  Two paragraph (200 hundred words or less) abstracts are due May 25.  All the details below. 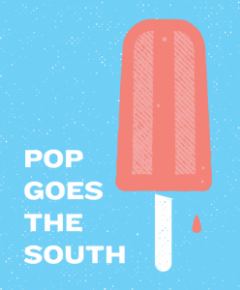 Presented by the Southern Foodways Alliance, the Center for the Study of Southern Culture, the Department of Sociology and Anthropology, and the Graduate School at the University of Mississippi

In his book Bite Me: Food in Popular Culture, Fabio Parasecoli argues: “Food is pervasive. The social, economic, and even political relevance cannot be ignored. Ingestion and incorporation constitute a fundamental component of our connection with reality and the world outside our body.” Scholars regard food as both a cultural signifier and a driver of cultural change. Food signifiers surround us—in virtual spaces, on billboards, on magazine covers, in our homes and schools, on television, on Twitter and Instagram. This ubiquity does not suggest uniformity. Instead, an array of representations and meanings reveal deep (and sometimes uncomfortable, sometimes funny, sometimes delicious) truths about who we are.

Social scientists look to popular culture for insights into the psyches, values, and aspirations of its producers and consumers. When we consider food as both a product and a producer of popular culture, we peel back its layers to reveal meanings and stories.

The Southern Foodways Alliance, along with the Center for the Study of Southern Culture, the Department of Sociology and Anthropology, and the Graduate School at the University of Mississippi, announce a call for papers, panels, workshops, and short documentaries for a symposium in the fall of 2015. The symposium, focused on food and pop culture, will be held at the University of Mississippi in Oxford, MS, September 10-11.

We invite graduate students who are studying the connections between food and pop culture to exchange knowledge, experience, and scholarship.

We invite students to think broadly or precisely about the role of food in popular culture. Preference will be given to proposals that are situated in the American South, or which utilize the South to develop a theoretical framework. However, do not let geography restrict you. Suggested topics include, but are not limited to:

By May 25, please submit a two-paragraph (no more than 200 words) description of the paper, panel, or project. Please also include a short biographical statement. Please address any questions and send all materials to Afton Thomas at afton@southernfoodways.org.

Accepted participants’ final drafts of work to be presented at the conference will be due by 5 PM CDT Monday, August 3.

Conference fees, including three tasty meals, are waived for accepted presenters. Travel to Oxford, Mississippi, and lodging costs are the responsibility of presenters.