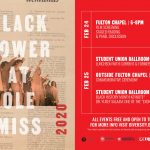 Written by Afton Thomas This week the Center for the Study of Southern Culture was a proud partner in the Black Power at Ole Miss events that occurred Monday and Tuesday. On Monday, the film “Black Power at Ole Miss,” produced and edited by Southern Studies M.A. student Katherine Aberle-Flores premiered along with a panel… Read More > 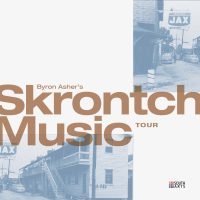 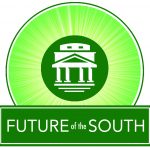 Movement and Migration SouthTalks begin Feb. 20 Although the year 2020 seems futuristic in and of itself, faculty at the Center for the Study of Southern Culture are looking beyond the present with a scholarly eye to the next 20 years and more. The Future of the South initiative focuses on the contemporary region and… Read More > 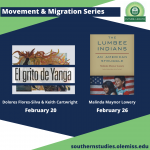 Five upcoming SouthTalks are part of the movement and migration series. All take place in the Tupelo Room of Barnard Observatory. “We have designed the Center’s Future of the South Initiative to spotlight contemporary issues, but ones that have both deep roots in the region and the power to shape what life will be like… Read More > 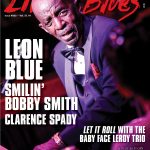 Living Blues #265 (February/March) begins the celebration of the 50th Anniversary of Living Blues. Eighty-eight-year-old Leon Blue has had a remarkable, though mostly under the radar, musical career. Through run-ins with Bob Wills, recording with Lowell Fulson, and touring with Ike Turner and Albert Collins, Blue has seen it all. Chicago club stalwart Smilin’ Bobby… Read More > 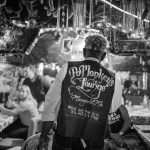 Series includes broad range of topics, including series on Southern population shifts OXFORD, Miss. – The SouthTalks series, sponsored by the Center for the Study of Southern Culture at the University of Mississippi, is offering a wide variety of events this spring, including five lectures focused on movement and migration in the South. SouthTalks explore… Read More > 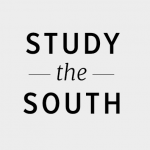 Scholars researching the South now have an opportunity for funded research in the collections of the Department of Archives and Special Collections at the J. D. Williams Library at the University of Mississippi. The Study the South research fellowship, sponsored by the Center for the Study of Southern Culture and the Department of Archives and… Read More > 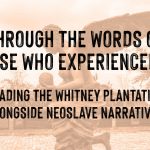 In the latest Study of the South essay, Sarah Payne looks at how recent representations of slavery have provoked discussions about who should represent black pain and oppression and what purpose such representations serve. The tour of Whitney Plantation, which opened in 2014 in Wallace, Louisiana, stands out as the only plantation tour in the… Read More > 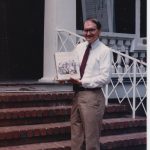 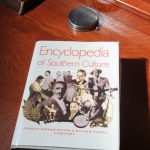 Celebration set for Nov. 13 commemorates landmark reference work Written By Rebecca Lauck Cleary OXFORD, Miss. – For three decades, the Encyclopedia of Southern Culture has fostered a deeper understanding of the South, encouraging everyone to “read y’all about it.” The Center for the Study of Southern Culture at the University of Mississippi is inviting… Read More >