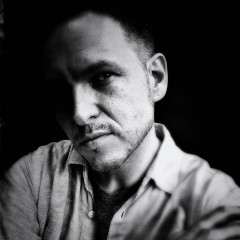 John Rash is a filmmaker, photographer, and video artist who earned his M.F.A. in Experimental and Documentary Art from Duke University in 2014. He has worked as a freelance photographer and college instructor for more than 15 years and comes to the University of Mississippi after spending the past three years in Shanghai, China. His work often explores cultural outsiders and environmental topics through non-traditional narratives and visual storytelling. A native of Western North Carolina, John is excited by his appointment at the Southern Documentary Project and the opportunity to see himself and his own culture with fresh eyes and turning his lens on the American South. Examples of John’s previous work can be viewed online atwww.johnrash.com