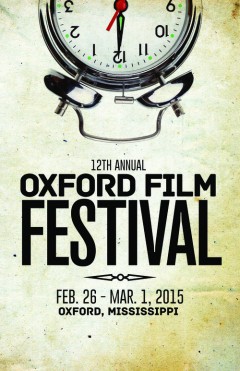 The Oxford Film Festival’s 12th annual festival will be held February 26–March 1, 2015, at the Oxford Commons Malco, 206 Commonwealth Blvd., Oxford. The opening night event includes the Mississippi premiere of James Franco’s adaptation of The Sound and The Fury.

Films by the Southern Documentary Project (SouthDocs) will screen in a block on Friday at 3:30 p.m. and Sunday at 3:30 p.m. One film, The Way I See It, was directed and produced by UM Honors College students Christine Dickason and Kaitlyn Barton. The film was created between the fall of 2012 and fall of 2014 with the assistance of Andy Harper, director of SouthDocs.

The Way I See It

The other SouthDocs films include: 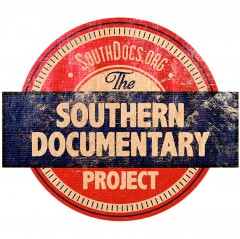 Every year, thousands of high school theatre programs across Texas compete in the state’s One Act Play tournament. It’s a five-month journey of late-night rehearsals, long bus rides, and moments of pure joy and sheer terror, all leading up to the opportunity to perform at the state tournament in Austin. It’s a place where dreams are made and crushed within a single spotlight. Bury the Show follows the cast and crew of the Seminole, Texas, high school theatre team and their quest to be the first team in school history to win the state championship.

In May 2014, the Southern Documentary Project (SouthDocs) hosted its first ever Film Storytelling Bootcamp in conjunction with the Southern Foodways Alliance. Teachers Andy Harper and Joe York taught seven students how to plan, shoot, and edit a short documentary film. Four of those shorts will be screened during the SouthDocs block.

SouthDocs filmmaker Matthew Graves also has a narrative short, Barry, screening with the other Mississippi shorts at Saturday at 4:30 p.m. and Sunday at 3:00 p.m.

Deep beneath a cold, dark forest lies Barry. His world is a dusty coffin and a cherished locket from his dear wife, Mary. He has come to terms with his present situation, but strange new noises are coming from outside his solitary home.

Trailers for these films and other SouthDocs projects can be found on the SouthDocs website, www.southdocs.org.