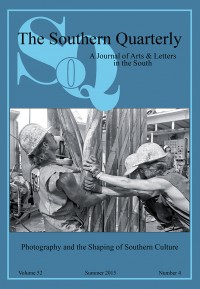 Dr. Jodi Skipper and Dr. David Wharton have been documenting and studying black Mardi Gras celebrations in Lafayette, Louisiana for several years. Their research was just published in the Summer 2015 issue of The Southern Quarterly, a publication of the University of Southern Mississippi. The issue focuses on photography and southern culture. Wharton and Skipper’s article is titled “Diasporic Kings and Queens: Lafayette’s Black Mardi Gras Performances in Historical and Hemispheric Contexts.”  Here is an excerpt explaining the origins of the project, with the full article available on Project Muse:

In 2012, David Wharton, director of documentary studies at the University of Mississippi’s Center for the Study of Southern Culture, and I began to consider a documentary photography project on historically black Mardi Gras celebrations in Louisiana’s Acadiana region. Wharton had been photographing rural celebrations (more specifically white Cajun) in the region for several years. As a Lafayette native, I grew up participating in Mardi Gras events in both Lafayette and St. Martin parishes. We both realized the potential of examining the festival practices of seldom documented black populations.

After making several contacts, in 2013 we documented Lafayette Mardi Gras Festival (LMGF) Inc.’s ball, pageant, and parade through still photography and oral interviews. Based on that work, this article explores the development and function of this Carnival institution established to meet the needs of Lafayette’s local black community. It presents the historical and social contexts of the organization’s development in a segregated South, and then frames the current functions of its pageant/ball and parade traditions as performance.

Public performance studies are rooted in dramaturgical perspectives, which evidence Shakespeare’s metaphor of the whole world as a stage. These studies emphasize how people negotiate everyday interactions through carefully managed social performances. Public performances “are more than entertainment, more than didactic or persuasive formulations, and more than cathartic indulgences” (MacAloon 1). They tell us about how people identify themselves.