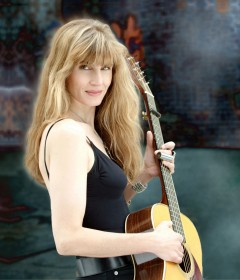 Music of the South Concert With Rory Block on February 23

Heralded as “a living landmark” (Berkeley Express), “a national treasure” (Guitar Extra), and “one of the greatest living acoustic blues artists ” (Blues Revue), Rory Block has committed her life and her career to preserving the Delta blues tradition and bringing it to life for 21st century audiences around the world. A traditionalist and an innovator at the same time, she wields a fiery and haunting guitar and vocal style that redefines the boundaries of acoustic blues and folk. The New York Times declared: “Her playing is perfect, her singing otherworldly as she wrestles with ghosts, shadows and legends.”

The concert will take place at 7:30pm on Monday, February 23 in the Ford Center’s Studio Theater.  Tickets are $25 and available at the UM Box Office.

Begun in the fall of 2012, the Music of the South Concert Series is a partnership the Gertrude C. Ford Performing Arts Center and the Center for the Study of Southern Culture.  The series highlights intimate evenings with Southern performers.  Folksinger Caroline Herring gave the inaugural performance in October 2012, and other performers on the series include Randall Bramblett, Valerie June, Jerron “Blind Boy” Paxton, Southern Studies MA alumnus and member of the band Widespread Panic John “JoJo” Hermann, Tyler Keith, Amy Andrews, Lee Bains III, and the bands Water Liars and Feufollet.