Call for Papers for STUDY THE SOUTH: “The American South in the 1970s” 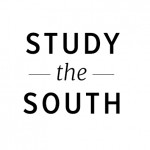 Study the South, a peer-reviewed, multimedia, open-access, online journal published by the Center for the Study of Southern Culture at the University of Mississippi, seeks papers on the South in the 1970s. The journal hopes to publish several papers on the subject of “The American South in the 1970s” over the next two years, with the goal creating an ongoing series of essays.

The decade of the 1970s presents intriguing possibilities for studying the American South. We hope this series of papers will illustrate a broad range of topics, tell new stories, and make insightful connections between new and current scholarship by linking understandings of Jimmy Carter, Barbara Jordan, Sam Ervin, the Southern Strategy, the Sunbelt South, and public and private schools to music, literature, film, folklife, sexuality, 1970s scholarship on the South, and all sorts of other topics.

We also propose something new: roundtable discussions on individual books, exhibits, and documentary films about the South in the 1970s. For example, we could publish two or three reviews of a new work on the topic, with a response by the author.

For information, to discuss ideas, to submit completed papers, or to propose possible roundtables on individual works, contact: James G. Thomas, Jr., Center for the Study of Southern Culture, jgthomas@olemiss.edu, (662) 915-3374.

Study the South is found at www.studythesouth.org.