“Slavery and Race in Holly Springs” 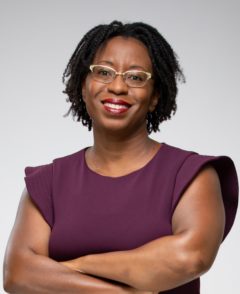 This event is cosponsored by Rust College. 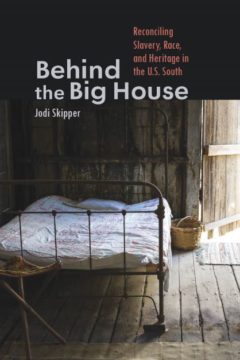 Jasmín Mara López is a Mexican-American filmmaker living between Los Angeles and New Orleans. Born in the U.S. with familial roots in México, her childhood was affected by issues experienced on both sides of the U.S.- México border. This instilled in her a strong passion for immigrant rights, youth empowerment, and social change. López founded Project Luz, which taught Mexican youth to document stories from within their communities. Her audio documentary “Deadly Divide: Migrant Death on the Border” received the Society of Professional Journalists’ Excellence in Journalism Award in 2015. López garnered support for her work from New Orleans Film Society, Chicken & Egg Pictures, Black Public Media, Southern Documentary Fund, Sundance Institute, International Documentary Association, Latino Public Broadcasting, ITVS, Firelight Media, Creative Capital, and others.

In 2019, I was invited to speak at the Third Coast Conference for audio producers. The focus of my talk was to share more about my journey into filmmaking while maintaining roots in radio. After sharing “Silent Beauty”, a line of people waited to ask me questions. Three of them were survivors of child sexual abuse. One of them was Sophia.

Sophia introduced herself as a survivor, something she had never said out loud. She wanted to know more about my recovery so we kept in touch, and I offered any advice or resources I could. Two years later, I received the following message from Sophia:

“I am really proud of myself. Before meeting you, and starting therapy and even telling my sister, I feel like my trauma was controlling me, forcing me to relive my experience in secrecy and shame. At times, I definitely still feel vulnerable, but I feel stronger and more in control of my trauma, knowing that I am in charge of how I define it, not how it defines me.”

Like Sophia, I was also an adult the first time I told my family that I had been sexually abused by my grandfather. I did so because I didn’t want any children to experience what I had. I learned a lot about my family and myself that year–who else was abused, who would remain in my life, and who would go. As difficult as it all was, I stood strong and eventually decided to make a film for other survivors.

I drew inspiration from films like Cecilia Aldarondo’s use of texture and process in “Memories of a Penitent Heart”; Rita Piffer’s poetic approach in “Ghost Syndrome”; Azadeh Navai’s use of light and simple potent imagery in “Remembering the Pentagons”; and Tatiana Huezo’s ability to create beauty out of pain in “The Tiniest Place.”

Healing justice has always been at the core of my work and “Silent Beauty.” My grandmothers have always lived in my artistic practices. They bring a gentleness, a poeticism, and a curiosity far greater than they were ever allowed to pursue because they were women.

I’m proud to share our voices, our songs, our joys, and the strength of women in my family in “Silent Beauty.”All the beauty that is a part of me.

My grandfather filmed the majority of the archival footage, depicting the perfect, happy family life. I use that film archive to tell our truth. “Silent Beauty” is representative of a survivor’s experience: the reclaiming of a story.

I never would have predicted that exactly eight years after disclosing to my family, we would sit in a theater to watch the premiere of my first film, our story.

The semester concludes at 6 p.m. Friday, Dec. 2 in the Tupelo Room of Barnard Observatory with the fall documentary showcase, a celebration of the work by our documentary students. Each artist will present their work, followed by a Q&A session.