The following remarks are by Center Director and Professor of History and Southern Studies Ted Ownby.

On History and Inclusiveness in Current Efforts to Remove Confederate Symbols 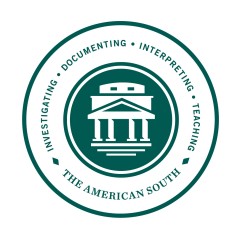 I’m not absolutely sure I need a state flag. I don’t wave state flags or salute them or wear them on my clothing. But as a resident of Mississippi since the 1980s and as scholar and teacher in History and Southern Studies, I want a different flag than the one we have. I want a state flag that stands for equal access to the law, to education, to health care, and to safety and respect. I’m not sure what that flag would look like, but it wouldn’t include emblems from the Confederate military.

I am moved by the current movements to remove the Confederate battle flag from the grounds of the South Carolina capitol and from the state flag of Mississippi. I’m proud that a graduate of the Southern Studies program is leading a part of the movement to change the state flag and proud that the university’s provost and interim chancellor made a statement supporting change.

As I watch and read about efforts to change state symbols, I like their emphasis on history and inclusiveness. Sometimes discussions of symbols at least seem to pit the past against the present, but the current movement has a sense of the power of history, with consistent references to Reconstruction, the segregation era, forms of violence past and present, and both the civil rights movement and massive resistance. In the past few days, it has been impressive to see so many historians and other scholars combining the immediacy of their reaction to the terrorism in Charleston with longstanding passions connected to their scholarship. It seems to be a movement full of quoting, citing, footnoting, and syllabus-revising. The current movement, if I understand it right, is anything but opposed to history or quiet about it; it is steeped in history’s failures and tragedies and also its moments of extraordinary potential.

It makes sense that efforts to change southern symbols comes on the heels of the Confederate flag-supporting terrorism that killed nine people in Charleston. One of the arguments popular among supporters of Confederate symbolism is that a flag should honor the life and death of people who died too young. As David Blight argued in his book Race and Reunion, one of the ways a lot of Americans North and South in the late 1800s and early 1900s agreed to national reconciliation was by celebrating the lives and remembering the deaths of soldiers, without much emphasis on the reasons for the Civil War. The current effort to change symbols has much to do about remembering the lives and responsibly commemorating deaths of the nine people murdered in Charleston and many other people, famous and not-famous, past and present, who died because of, or fighting, injustice.

The most immediate arguments to change state symbols, if I understand them, are that having a Confederate symbol as an official symbol honors some people’s history at the expense of other people, that it defines and even celebrates the Confederacy and its supporters as the central moment and people in the history of the state, and that it implies that the government of those states might still work more for whites than African Americans and other people of color.

There’s often a fear that comes with movements about symbols. The fear, which the opponents of changing symbols certainly notice and discuss, is that the movement is merely symbolic or that it is a reaction of people who want to do something, anything, as an emotional reaction to a crisis. My encouragement is to take seriously that concern. If we want a flag that stands for equal access to the law, education, health care, safety, and respect, let’s keep looking for the best ways to work for those things too.