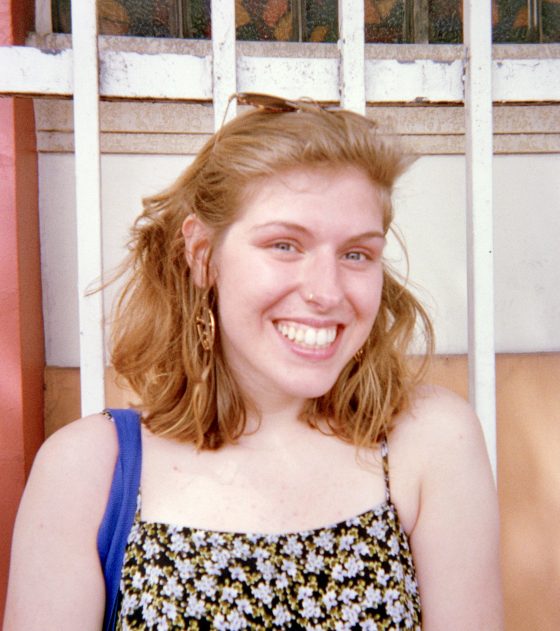 Mattie Ford likely either has her nose in a book somewhere in Barnard Observatory or her head in the clouds at the top of her newest rock-climbing route. As a Southern Studies major, she gets to explore a variety of disciplines and experiences both inside and outside of the classroom. She is happiest when her hands are dirty or she is learning something new.

Why did you decide to major in Southern Studies?

The summer before my freshman year at the University, I interned at the Southern Documentary Project. This gave me my first real taste in documenting the South and telling Southern stories, which has significantly influenced my interests and passions since then. My classes thus far, however, have really asked me to question my notions of why I am here choosing to get a degree in this field. I think it ultimately comes down to wanting to be a better friend, critic, and advocate of the South. I’m still figuring it out though, which is really exciting and empowering (and sometimes kind of scary!).

What are you binge watching now?

I am binging both Project Runway and Fraiser on Netflix right now. It depends on the day. They definitely counterbalance each other.

What’s your go-to meal in Oxford?

Why would you recommend your department?

The Center for the Study of Southern Culture has been a home for me in college. There is such a welcoming energy among the staff and the desire to promote a more inclusive, engaging community is almost palpable. All of the professors I have had for class (and even some I haven’t!) have been eager to form relationships and have really pushed me outside of my conceived notions of the South and my experience as a Southerner.

Have you had an experience at UM that empowered you?

Since coming to college and working with Ole Miss Outdoors, I have gotten really into rock climbing and it has been a truly empowering experience. I went from being really scared to climb at all (think sweaty palms, shaky legs) to taking on more responsibilities and leadership positions at the wall and climbing every chance I get. I have gotten membership in such a wonderful community there and have gotten to watch myself take more risks and find joy in physics exhaustion. It has also provided an important outlet of physicality to balance out my academic pursuits, which I’ve realized is really crucial for my wellbeing and happiness. Learning the importance of that balance has been really empowering for me too.

Have you gotten good advice or special help from any professors?

This is a hard one because so many of my professors have been such helpful resources on both academic and personal pursuits. I think the advice that has meant the most to me is simply that it’s okay to slow down, to be twenty years old and still figuring it out. Alongside that has been the encouragement to take academic risks and ask lots of complicated and complicating questions.